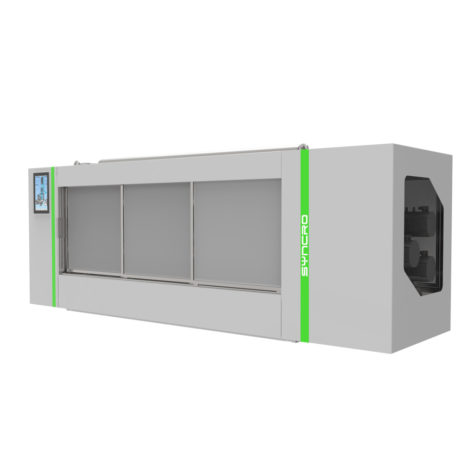 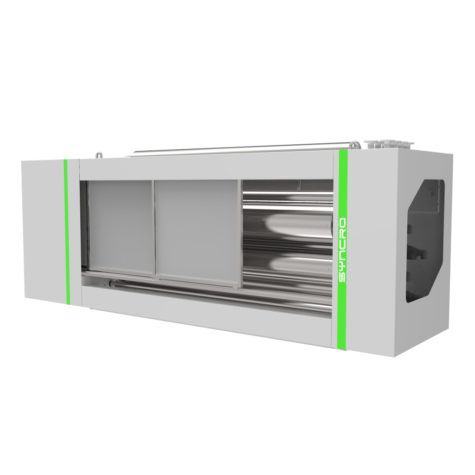 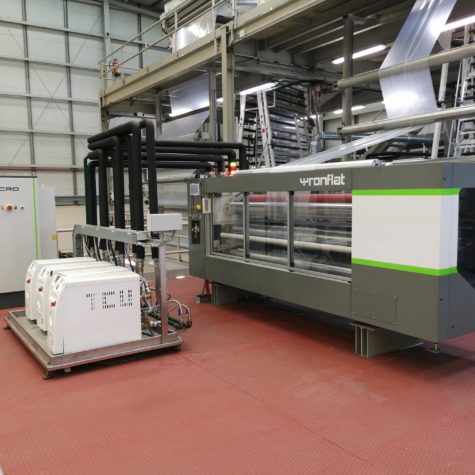 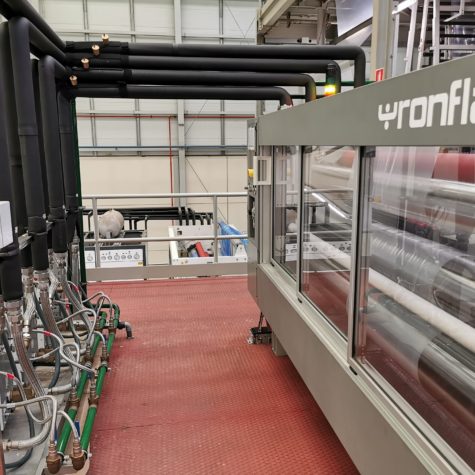 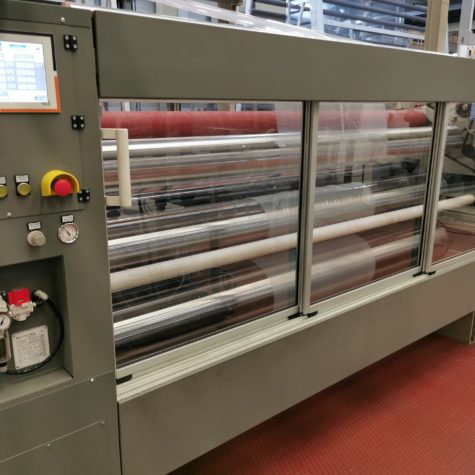 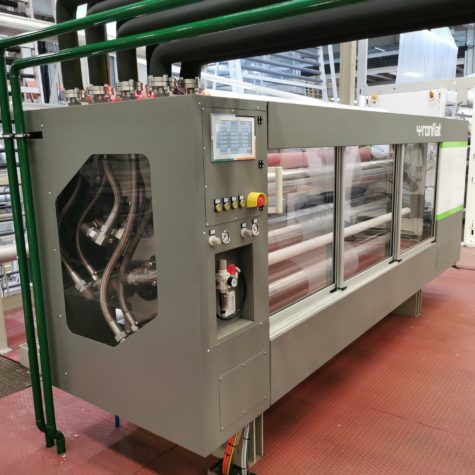 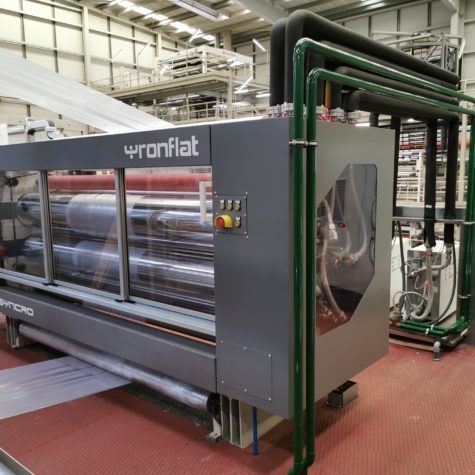 YRONFLAT is an automatic flattening unit which heats and stretches the blown film, annealing it to improve flatness, bagginess, camber and curl caused by irregularities in gauge, melt temperature, cooling and/or mixing, surface scratching and stretching in the collapsing frame, non-optimal vertical and horizontal bubble stability, mechanical contact with the collapsing frame guide rollers. Yronflat significantly improves the performance of the downstream equipment in respect of printing, lamination quality and speed, but it has no negative influence on the thickness profile of the film.

YRONFLAT heats the film then stretches it permanently between 1-3% in machine direction and is then subjected to carefully controlled cooling, using four individually motorized and thermoregulated rollers.